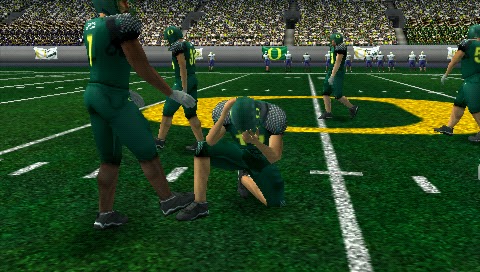 Well, it's been brought to my attention that there were some really low strength and awareness ratings on many players in the NCAA Football rosters. I reviewed the comments and definitely agree with the commenter(s)... but then I went deeper and discovered that basically every attribute skill rating needs tweaking.

Basically, I did not do a thorough enough job of reviewing all the ratings and how they are calculated. I made an assumption that the rating was a number (68) added to the value in the raw database to get you the rating, which is fairly accurate for the last 15 or so upper ratings, but below say 84, the ratings do not follow that formula. It's a weird formula after that that's not simple but affects player ratings quite a bit.

Anyway, I think I have the thing nailed down now, and I created a lookup table of every rating 0-100 and what the database value should be. I'm still trying to see if the game will accept this new value or not, as I'm having issues with it showing up properly in game. Once I figure out and get a good set going, I'll put up new rosters for NCAA Football.