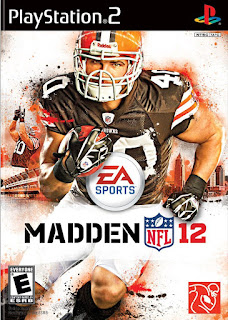 The Playstation 2 version of Madden is getting my 2015 season update now! I have created a new roster and franchise save for Madden NFL 12 on Playstation 2. They can be found on my drive here: https://drive.google.com/open?id=0BzUet6uUqQooRnlDWUd6ZEw4Vzg

The franchise has every NFL team set to User Controlled, however, each team has been set to allow CPU to manage everything. Go into the Team Management screen to choose what team you want to be. I found this works best for the first season - the CPU doesn't seem to want to do in-season transactions even if it really really needs to and this screws everything up - but you can reset the cpu controlled teams after the first season in the offseason if you wish.

Features:
Franchises:
Franchise saves are included because they can be more heavily updated without doing mods to your game. In addition, the roster file will crash in Madden 08 if you try to start a franchise, so this is a workaround and improvement! Please note that you will see some positional overall ratings really high, especially fullbacks. This is due to how 16 calculates vs how the older Maddens calculate overall.
Features:
And of course, a video demo:
And another demo video: