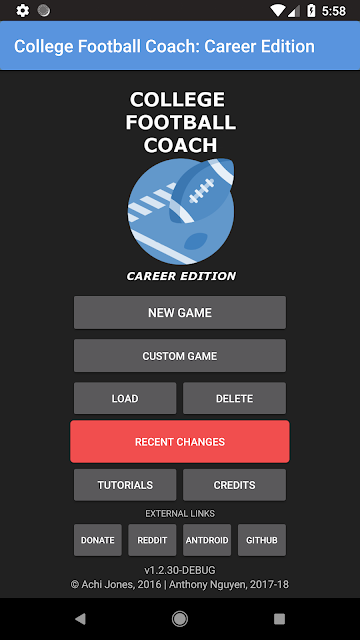 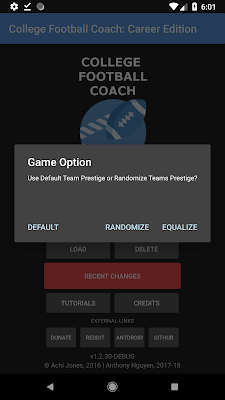 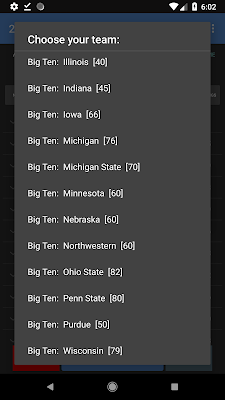 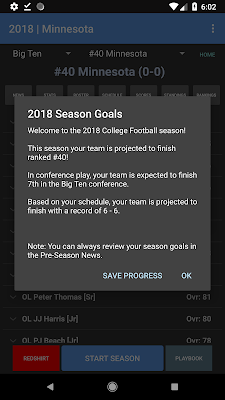 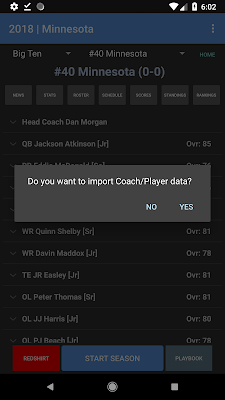 This is to simplify the process of starting a universe.

For "NEW GAME" you will be guided to pick a Prestige choice - i.e. default (realistic), randomize, or equalize. The Equalize is new. This sets every team to the same prestige and then let the game dictate how teams succeed and fail without any pre-game bias.

After choosing a starting option, you will be presented with more universe options including if you want to be able to be fired (career mode) or not (dynasty mode), enable in-game conf realignment, go crazy and make the whole universe a soccer-like promotion/relegation tier system, and enable/disable television contracts 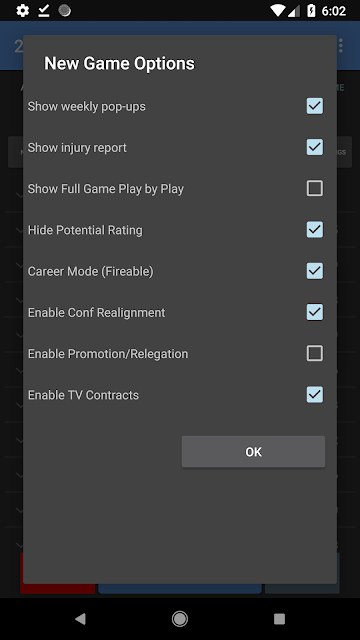 After that, you will be asked to pick a team, then your username, and then the game starts.

This was done because I feel like the Settings menu is like a secret or something. People don't realize it's there. Also the universal pro/rel system is hidden the majority of the time and so this makes it upfront and available to new users. 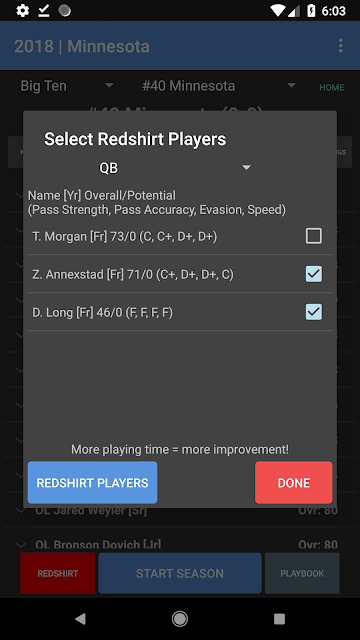 This feature will now let you not have to worry about redshirting during the recruiting phase, but instead lets you choose up to 7 players to redshirt at the start of the year. Players you redshirt may be replaced with walk-ons which take up roster spots if you do not have enough players at that position after redshirting. 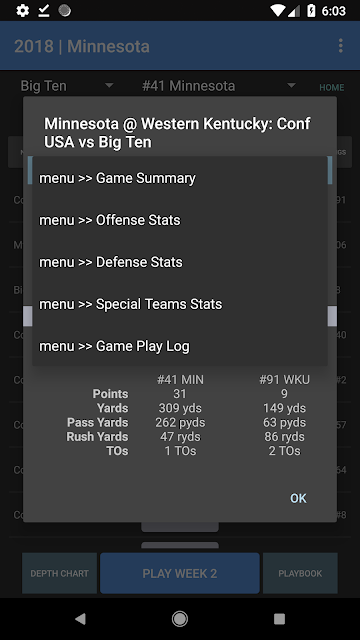 Added a "Menu" label to the Game Summary pop-up. I think a lot of people do not realize that the game summary pop-up has a menu that shows you a ton of other stats as well as play-by-play game log. (done)

Download Link for text files: https://github.com/antdroidx/CFB-Coach/tree/master/Universe
Save text file to your android device. Then use the CUSTOM option to start a new game and load the universe.
Then click Menu, IMPORT DATA to import rosters/coaches.
INSTALL GUIDES
https://www.reddit.com/r/FootballCoach/comments/8aad26/how_to_download_text_files_from_github/
https://www.youtube.com/watch?v=_zEuX0JAYBg