https://play.google.com/store/apps/details?id=antdroid.cfbcoach
After 6 months of development, I am finally going to release a stable version of College Football Coach: Career Edition. This has been a fun project that to learn Java & Android programming and to expand upon an already time-waster game, Football Coach by Achi Jones.

I've luckily had a great resource of testers for this app via Reddit and my friends/family. It's gone through a lot of make overs and feature changes. I'm pretty happy with where it's at now. There is also an iOS fork of the original game in development by Aksay Easwaran (https://github.com/akeaswaran) that has some of this versions new elements in it, and is on the App Store.

Anyway, here's high level list of the hundreds and thousands of new code I put into this project. 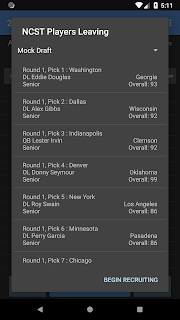 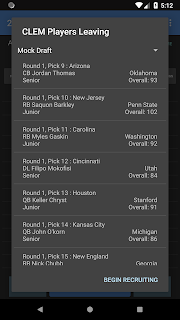 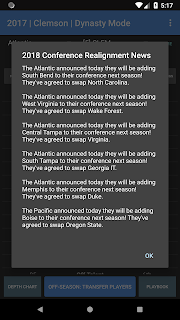 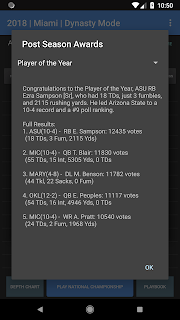 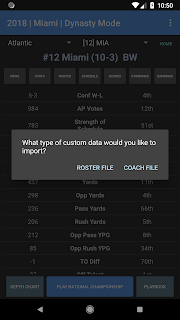 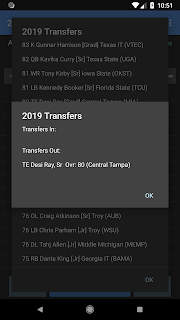 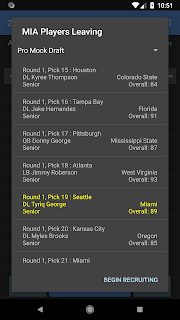 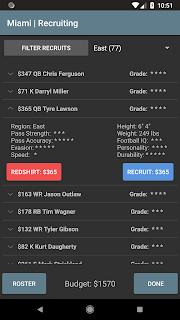 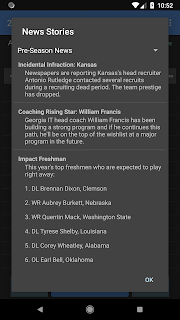