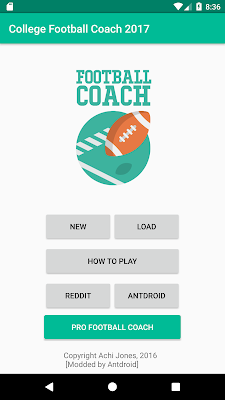 I've been working off GitHub source code of "Football Coach" lately and expanding upon it's great base. This is a free, no-ads, College Football GM sim game where you lead your college to glory by simming games, managing your roster and tactics, and recruiting the next generation of talent.
The game was lacking a few things and probably due to fear of being pulled - but it did not have real teams nor conferences. It also was limited to 60 teams. I've taken those away, and added 100 real teams across 10 real conferences. There's still a limit to 10 teams per conference but I realigned it as best I could to reality with some of my own re-imaginations.
In addition, I expanded the names database by at least 100x what it used to be. I took the fictional names database of NCAA Football and dumped it in here, and then on-top of that, I took a current 2017 roster, and dumped all the first and last names in for good measure. Now try to get too many players with the same names! :)
Finally, I've done some slight tweaks to how the game handles things in the off-season which is in the background, but may help keep things realistic, yet random at the same time.
And now some screen shots before I write some more stuff on what I plan on doing in the future. 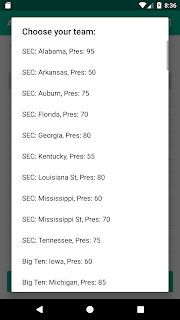 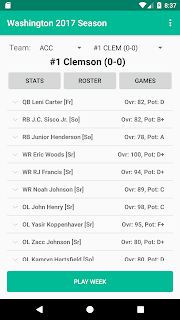 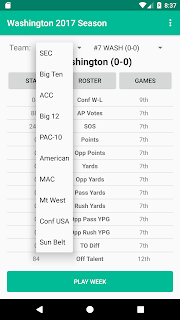