I've been working on modding the final release of NBA Live series on the PSP by subbing in the Seattle Super Sonics with the Oklahoma City Thunder with some great success!

As you can see in the video above, I've managed to import the logos, jerseys, and all the contextual stuff. I've also successfully imported in-game jerseys and audio over. The only thing I am having challenges with right now is importing Key Arena over. 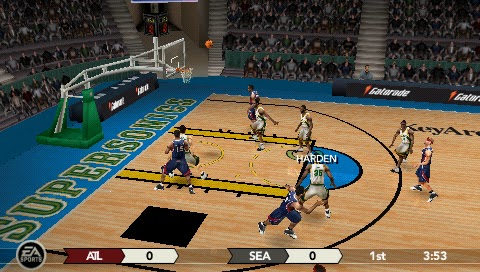