February 04, 2016
The off-season started off with a lot of surprise retirements. It's the end of an era. Just take a look at this list of retiring QBs, future hall of famers and icons of their position for the past decade and thensome: 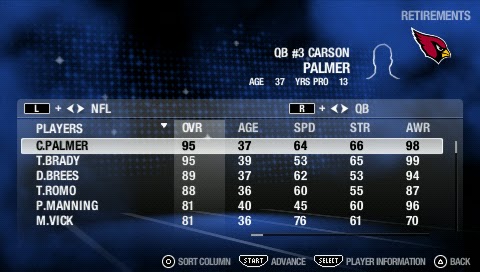 Carson Palmer, Tom Brady, Drew Brees, Tony Romo, Peyton Manning, Michael Vick and not shown in the photo: Matt Hasselbeck, both McCowns and more. That's a lot of QB talent and a lot of vacant QB starting positions available around the league. Luckily for me, I have a young up and coming franchise QB in Russell Wilson, who'll be coming off a major elbow injury but should recover in time for the start of the season.

But still - how will the Patriots look without their general for their championship runs? Will Brock Osweiler or someone else fill in that huge void left by Laser Rocket Arm? Are the Cardinals going to start over with Carson Palmer leaving as well as many other older veterans? And what are the Saints without Drew Brees? 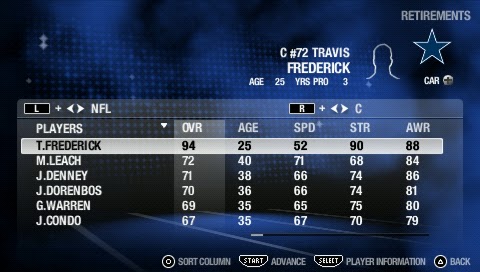 While we see a lot of older vets who we expected to retire like Antonio Gates, Steve Smith, Julius Peppers, and others, its unfortunate when you have to see young players with promising careers ahead of them like Travis Frederick who have to retire early because of injury. In his case, he got severe concussions and decided to retire young.