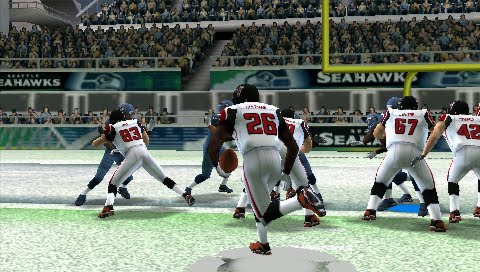 My first story today is a story of the last game of the 2015 Seattle Seahawks. After an amazing start to the season, with a 9-3 record, Russell Wilson was scrambling out of the pocket in the 4th quarter of a large lead game and got tackled, broke his elbow, and went out for the season. That gave opportunity for TJack to shine.
Unfortunately, he did not. The Seahawks, with TJack at the helm, lost their final 4 games and then hosted the Atlanta Falcons in the wild card round of the NFC playoffs. While TJack didn't have a bad game at all, he ended up tearing his abdomen half way through the third quarter, paving way for another NFL veteran, Luke McCown, to take the reigns.
McCown fought valiantly, but the Seahawks defense gave up another touchdown in the 4th to fall behind 14 points. McCown and the Seahawks then went on a nice drive in the 4th and scored to bring the lead down to 7. After a great defensive stop with just under 2 minutes left, the Falcons punted only to have Tyler Lockett mishandle the catch and lose possession to essentially end the game.
So, with that, the Seahawks season ended with a lot of question marks. Who's going to solidify the backup QB position if Russell Wilson can't remain healthy? Who's going to replace Marshawn Lynch? What can fill the CB void opposite Richard Sherman? How can the team improve it's pass blocking?
Hopefully in the future, I'll have video recordings with my capture device. But for now...